Jenny Lewis introduces her new press, Poet’s House Pamphlets, the poets it has published to date – and is about to publish this spring.

Poet’s House Pamphlets was set up in 2020 by myself and designer Frances Kiernan, as part of my Poet’s House, Oxford organisation, in order to publish the poems of a small selection of poets over the age of 40 whose work has reached, or surpassed, the standard of many other published and prizewinning poets. We strive for excellence, matching the high calibre of the poems to outstanding design and typography, and high-specification production and printing values. Our first three titles, I Meant to Say, by Margot Myers, Decoding the Dark, by Catherine Faulds and The Tyring House, by Lynn Thornton were published on 31 July, 2020 in association with Mulfran Press, based in Cardiff. Our fourth pamphlet, A Field Guide to Wedding Guests by Helen Reid, was published on 30th November 2021, solely by the Poet’s House Oxford, with two further pamphlets, I’d still be annoyed about the plums by Meg Barton and Ravenser Odd by Michael Daniels, due out in spring-early summer 2022.

It’s been a steep learning curve, especially getting our heads round the knotty problems of promotion, distribution and sales, but the warm glow of reading the excellent reviews that we have garnered so far, including in the TLS, The High Window, The South and Under the Radar have more than made up for teething troubles and convinced us that we should keep going. We’re excited to be attending the Oxford Indie Book Fair on 2nd April where our poets will be proud to show off their pamphlets and chat through the process of getting a pamphlet ready for publication (and getting it launched). Over to them now for their own unique take on the experience of publishing their first pamphlet…

I wrote ‘What if…’ on the number 5 bus going to work at the Oxford Business Park. Or rather, I drafted it when I got to work, after I realized I’d spent the whole 20-minute bus journey worrying about exactly what I’d say if ever I was teleported into ancient times, and people there asked for my advice. The theme of this poem is partly worrying about things that could never happen (I’m a great worrier), and partly about social embarrassment – like when someone asks you to tell them a joke and your mind goes totally blank – or just finding you’re stuck for what to say. It’s about failing sometimes. And of course it is also about being transported back in time and trying to think of a helpful message for the people there (and what message some future intergalactic commuter might want to give us).

The poem is included in my collection I’d still have been annoyed about the plums, which is being published by Jenny Lewis at Poet’s House Pamphlets in April. Many of the poems in this pamphlet expand on similar themes – social awkwardness, things I find myself worrying about, and travelling in time to the past or future, mine or someone else’s, real or imagined. I know everyone thinks about these things – my poems are just one way of making sense of them. The result usually ends up as a mixture of humour and seriousness (mostly in the same poem). And finally, I would really like to give a voice to all the worriers out there.

Publishing the first three PHP has been such an exciting journey…a journey that finished in October 2021 with great success despite all the restrictions and uncertainties of the pandemic. Working with Jenny Lewis, Frances Kiernan and fellow poets was an absolute joy, especially when the pamphlets finally arrived from the printers in September 2021. There were doubtful days, as with any project, but Jenny’s amazing optimism and belief in the project never wavered. Back in October 2021 we were restricted to a zoom launch, so it was wonderful to be able to have a physical reading at Modern Art Oxford on the occasion of Helen Reed’s pamphlet, A Field Guide to Wedding Guests. I’m delighted to say that a dramatisation of my pamphlet, The Tyring House, at the Questor’s Theatre in Ealing, with director Paul Collins working with myself and a small cast (including some RSC actors) is scheduled to appear later this year, showing how the publication of a pamphlet can lead to bigger things on a wider stage.

Margot Myers, I Meant to Say

When the completed copies of my Poet’s House debut pamphlet arrived from the printer, I was thrilled to see how beautifully designer Frances Kiernan’s distinctive pink cover (a nod to my ‘Meringues’ poem) and the vision of Jenny Lewis, had come together. The pamphlet was one of the inaugural three launched on zoom during strict Covid rules. However, it was exciting to be able to share my work with an appreciative audience, and to talk a little about the inception and stories behind the poems. I’m now working towards another collection – still looking for a title!

When I was invited by Jenny Lewis and Frances Kiernan to work on a pamphlet for publication by PHP, I was delighted to have the opportunity to work with two such prestigious people. The editing and rewriting process was rigorous and, as always, necessitated the rejection of favourite poems in order to maintain the integrity of the final pamphlet as a whole but Jenny’s experience saw me through to publishing my debut pamphlet, A Field Guide to Wedding Guests, late last year. We have already had to order a reprint.

Jenny Lewis’s insistence on high standards of production are evident in the Poets House pamphlets, not only in relation to content but also in the quality of their design. Selecting and arranging poems for my pamphlet was a valuable exercise in editing: viewing them as a whole entity rather than individual pieces so that the pamphlet made sense throughout. This experience had given me the confidence to continue writing for future publication. 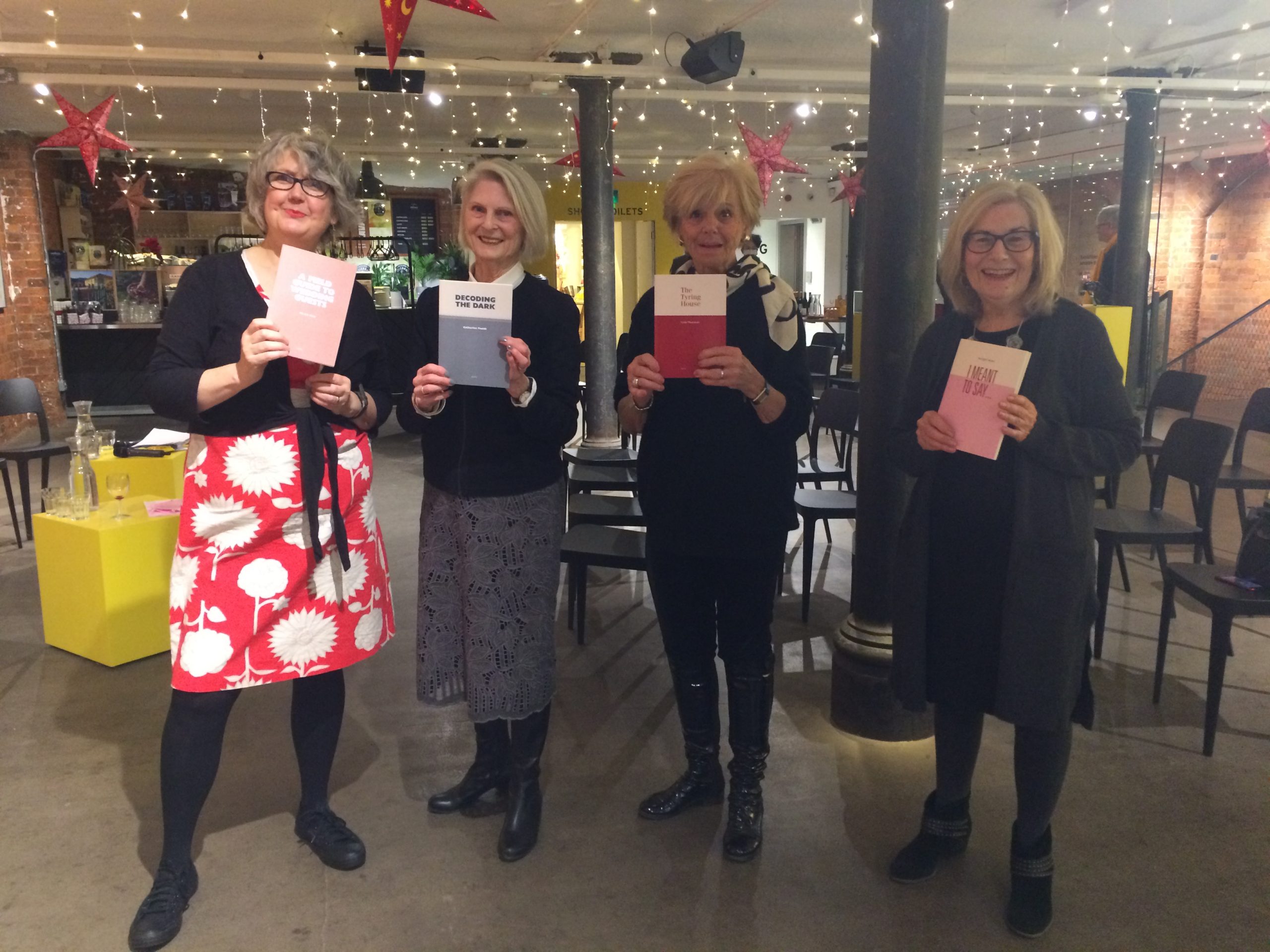 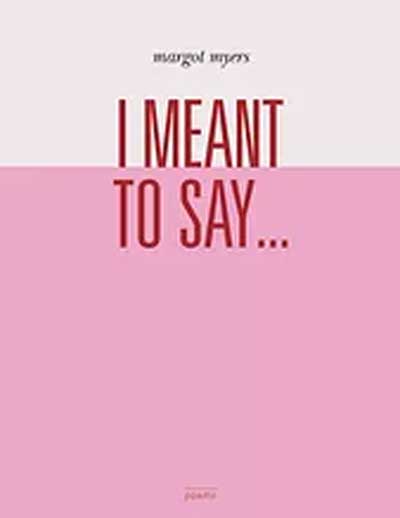 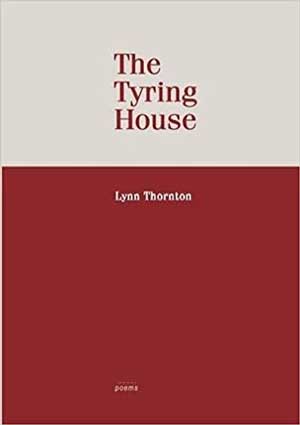 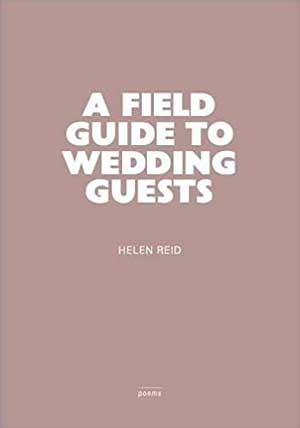 Come and find us at the Oxford Indie Book Fair. We look forward to seeing you. To find out more and to buy pamphlets go to http://poetshousepamphlets.co.uk or email Jenny at jennyklewis@gmail.com