‘Shackled to my Family’ by Samina Younis is the heart-wrenching true story of a young girl born in Britain to a strictly religious Pakistani family, and this year it is celebrating its 10th year of publication through Oxford eBooks.

The book follows Samina from a young age, growing up amongst seven sisters and two brothers, with mentally and physically abusive family members forcing rules and regulations that restricted her life completely, and made her feel miserable and trapped. Samina tells her story first-hand, letting the reader in on exactly how her life was planned out for her, including her family choosing her future husband for her – her second cousin, who she is forced to get engaged to.

To honour its 10th year of publication, Oxford eBooks has revisited Samina’s story once more, and delved into the writing to ensure that Samina’s story comes across as impactfully as it deserves to. In addition to the edits that we have made to the writing, there will be an Epilogue added to Samina’s story. In the epilogue, we inform readers about what has changed since the end of the book, and answer some frequent questions about Samina’s life now – how things have changed since the events of the book, and how her experiences have impacted the person that she is today.

When we spoke to her about this, here is what she said:

“What’s going on with you now? How have things changed since the end of the book?“

“At this present moment in time I am in a new nursing position at a private hospital. But I still retain a position on a part-time basis as a nurse in the NHS with my previous job role. I have also last year purchased my first home which took many months (it was so stressful) to do. I moved in to it at the start of this year (over the moon with it).

Since the end of the book things have changed a lot, mostly for the better, but there were odd times of struggle here and there which I overcame (maybe one day put the struggles in writing). Anyway, I focused on wanting a career where I could help others, hence I went down the nursing route. I moved towns and started from scratch with going to college to get the qualifications I needed to complete the nursing degree. I did them at the University of Bradford and I graduated with a first class honours degree. Then I stayed in Bradford to work at Bradford Royal Infirmary as a ENT nurse. I worked as many shifts as I could so I was able to save up to put a deposit on a house. And as mentioned previously, 10 years later I managed to do it.”

“How do you feel your childhood experiences have shaped you as a person?“

“To be honest I feel that my childhood experiences have shaped me to be a pretty resilient and tough person, on the whole. I do have days where an odd memory from my childhood may make me sad, but I try to dust myself down and think about the positive future I am creating for myself and I tend to get on with things. If I constantly let things get me down, it only brings a negative aura and it’s not something I want.”

“Looking back, is there any advice you would give your younger self (or somebody going through the same things that you went through?)”

“Looking back, I would advise my younger self to speak out and confide in someone about my home life and personal feelings – be it a helpline, school/college counsellor, or anyone that I felt would be trustworthy and anybody that would be able to provide me with support and assistance. I feel that support these days for those who are going through similar issues that I did exists on a greater level. The fear factor of taking the plunge is what’s stopping them from doing so. I hope that books like mine give courage to those to push the fear factor aside and build a life that they want to live, not one attached to cultural beliefs and social norms of others.”

“And what are your hopes and plans, for the future?”

“I am hoping to in the future to find time to do some more writing, maybe go into cosmetics and to start a family of my own.”

The 10th Anniversary version of ‘Shackled to my Family’ is more rousing and poignant than it has ever been, and we hope it does Samina’s story justice.

Nancy Harber interviewed author Samina Younis for the 10th Anniversary of the release of her book. 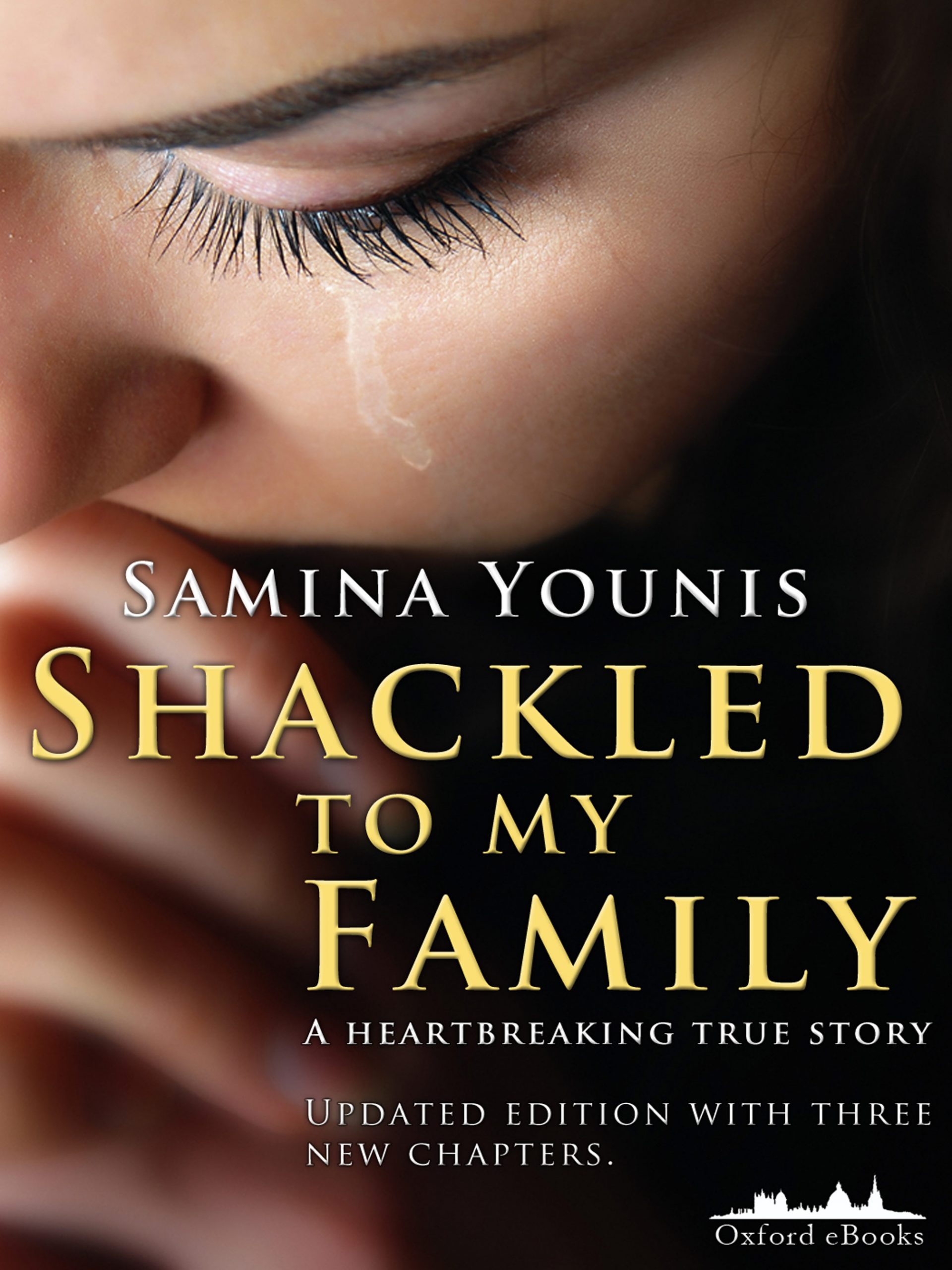 The updated eBook will be on sale from Amazon from 31-March 2022 and in paperback towards the end of the month.