The Oxford Independent Book Fair is coming soon and has been timed this year to coincide with the second week of the Oxford Literary Festival, when the Great and the Good arrive en masse to chat about their books and entertain town and gown with their literary and fictional quips. But just because many of us won’t be there, since we are independent writers with independent publishers and are selling our wares at the Wesley Memorial Hall, that doesn’t mean our books aren’t equally inspiring.

Take, for example, the two books I published recently – a novel and a historical study, both about free-spirited, independent medieval women. The history book – Life in a Medieval Gentry Household: Alice de Bryene of Acton Hall, Suffolk, c. 1360 – 1435 is based on my survey of a single year of Dame Alice’s household accounts, which are not nearly as boring as they sound. In 1412/3 she served over 16,000 meals in her dining-hall, and after painstaking research I managed to identify more than half of her named guests – friends and family, clergymen and nobles, members of parliament and workers. This inspired me to create a vivid portrait of the lives of ordinary folk in the medieval countryside, of their festivals and feast days, marriage and monuments, family loyalties and betrayals, life and death, the rhythms of the working day and year, and the changing scene in the wider world beyond the household. And since, like little Alice in a Wonderland world, I prefer books with pictures and conversations, my book is lavishly illustrated.

My novel, Reluctant Pilgrim: the lost book of Margery Kempe’s maidservant is based on the true story of another East Anglian woman who was a contemporary of Dame Alice and lived in King’s Lynn, just sixty miles north-east of Acton Hall. In her old age Margery dictated an account of her life and travels after giving birth to fourteen children, despite her passionate belief that being a virgin was better than being a wife (hardly surprising really when you think about it). She was also a pilgrimage junkie, went to Jerusalem, Rome and Santiago de Compostela in her forties and Gdansk and Germany in her sixties. But I doubt you would have wanted to accompany her because she spent most of the time criticising her travelling companions or telling them about all the conversations she had with God.

Margery Kempe was quite a weird lady and the story of her book is even stranger. After she dictated her memoirs it seems the script was copied, then both copies were lost, though a few of her prayers and meditations were published decades later in a collection of sacred texts. Now fast forward a few hundred years to a country house party in Derbyshire where some youngsters are playing a raucous game of ping-pong, until one of them steps on the ball. It’s a disaster – this is match point after countless deuces. They start rifling through the cupboards in the hope of finding another ball and out tumble several leather-bound volumes. By chance, one of the other guests worked for the Victoria and Albert Museum in London and realised these were medieval texts, and soon after they were identified as the original copy of Margery Kempe’s book. 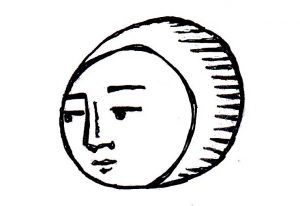 Margery’s book is often called the first autobiography in English written by a woman. Despite that it’s a really irritating read – she loved to talk about sin and penance and sometimes you can almost hear her voice when she’s remembering how proud, vain and sinful she once was, or when she’s preaching and spreading the good word. But she doesn’t tell us anything about her daily life, her numerous pregnancies and the experience of childbirth, in fact only one of her children is mentioned. We read little about how she travelled to all those pilgrimage sites, nor about the turbulent times in which she lived. She does, however, talk about a maidservant with whom she quarrelled twice (this wasn’t unusual, Margery was always quarrelling) and then we hear no more of her. I think Margery would always have had a woman with her, so I asked the maidservant to tell the story and discovered she had a very different tale to tell as she followed in the footsteps of her demanding mistress.

When I started my research I was surprised to discover there were numerous medieval accounts about pilgrimage with useful tips about what to take, what to see and what to avoid – in one account the reader is warned of a particular inn where sixty corpses were found every week. Some describe the itinerary to the Holy Land, which was organised like a package holiday; others give advice about the best things to see and do in Venice – a prototype of Trip-Advisor. And there’s plenty of evidence that in the merry month of May – the traditional pilgrimage month – the lanes of medieval England were crowded with men and women who were visiting shrines just as much for pleasure as for penance.

Writing history and historical fiction involves a great deal of research. But that’s what writing is about, a bit like growing vegetables – a lot of spade work, then careful observation and pruning where necessary, before it’s time for harvest. And here’s a tip for those of you who struggle with writer’s block – when I realise I’ve been staring at a page for heaven knows how long, I go out to my garden and pull up some weeds, and then suddenly my mind is clear and I can get writing again.

So, readers and would-be writers, come along to the second Indie Fair, which showcases around fifty independent authors, poets, publishers and public artists. Some are well-known like John Buckley, whose iconic shark is still diving into a roof at Headington; others are first-time authors. The OIBF is vibrant, creative and free*. Come along on April 2nd and I look forward to seeing you there! 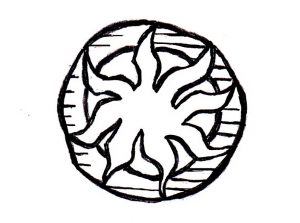 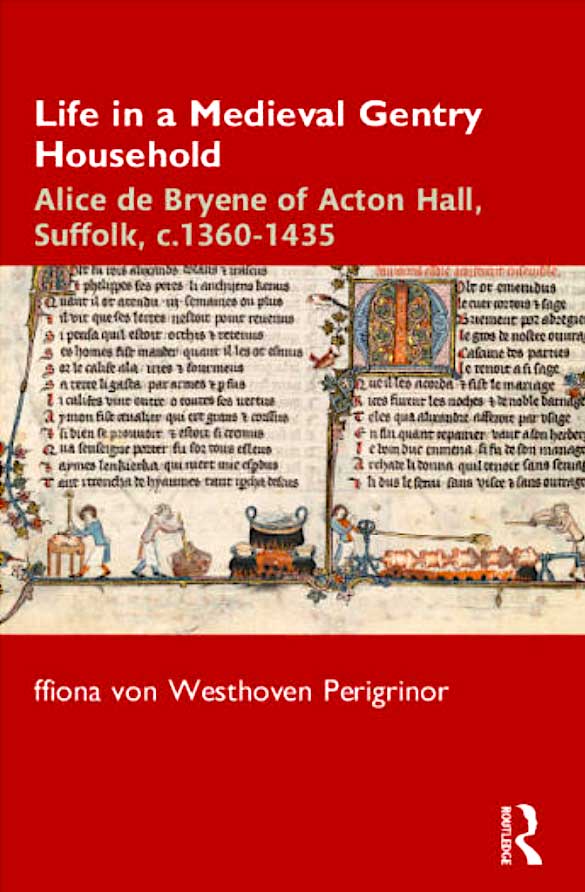 And both are available at www.perigrinor.co.uk