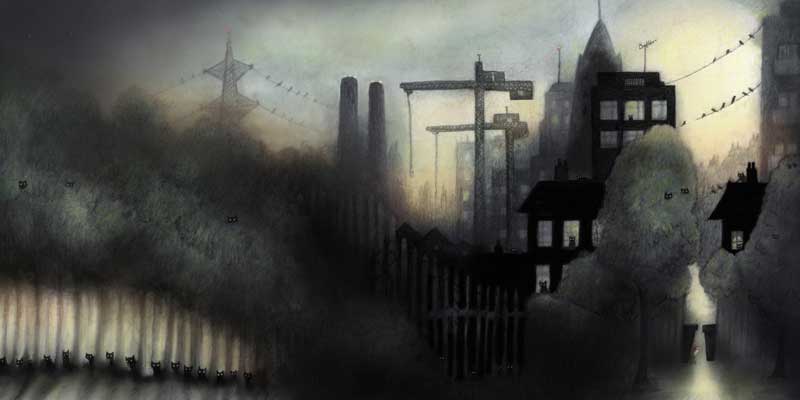 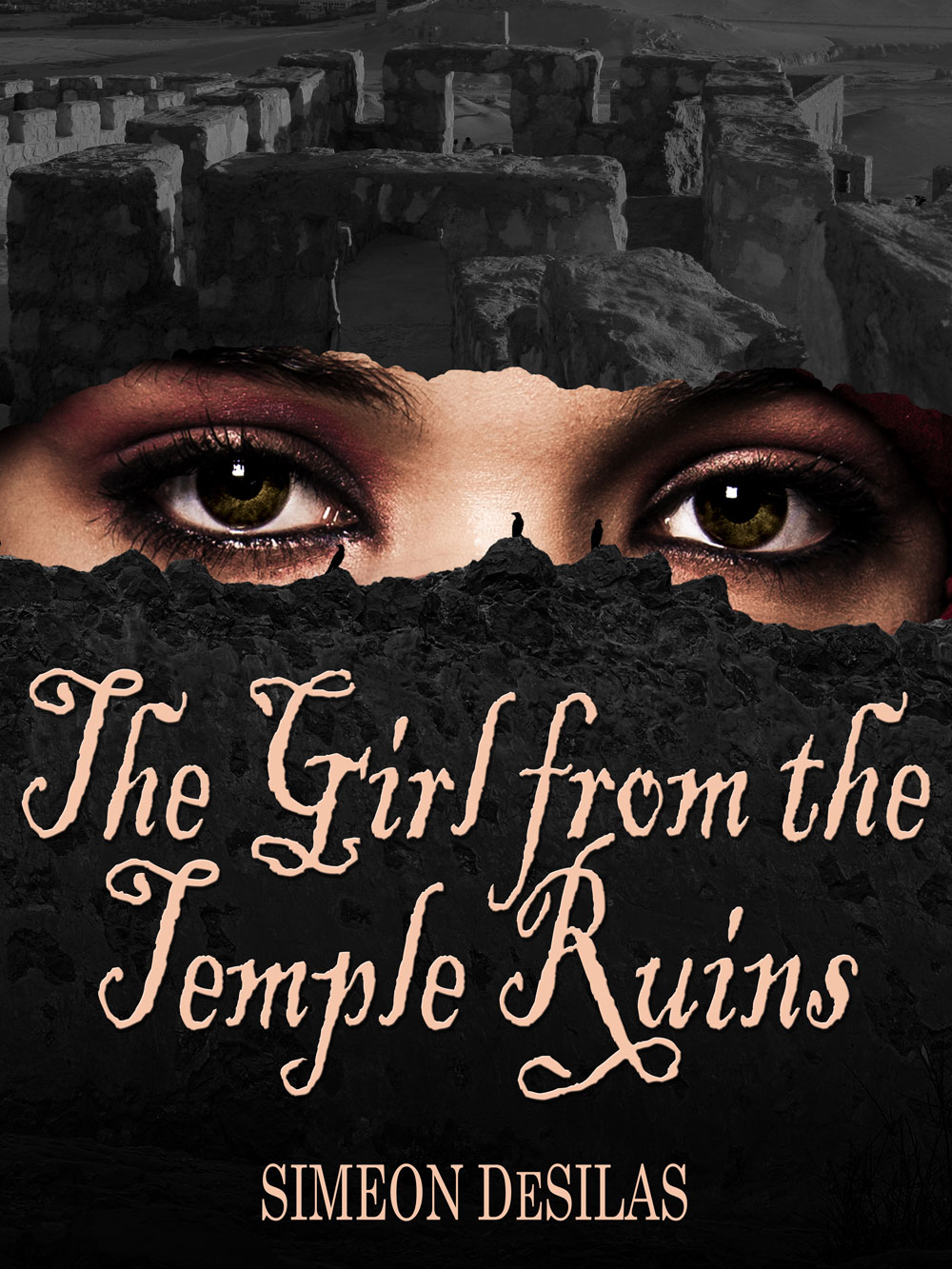 Have you ever thought about the creatures that migrate to London, Margot? What do you think they’re looking for? Do you think they find it? Awful rain tonight, black windows and condensation, I can’t see out. People say it always rains in England, but it’s mainly a miserable covering of grey cloud. Moderate and predictable. Like the English character. Not in ’39, of course, our finest hour, my finest hour. Five months and a dozen trips to London. I’ll be through the suburbs soon. Haringey, Hornsey, Potters Bar. I’m used to this yo-yoing back and forth now. But I’m not used to being without you. Or her.

Seven hours still to Newcastle. Home is supposed to be sweet.

You’ll be waiting for me at the station. I don’t know what I’ll tell you, Margot. You said not knowing would be the worst. I agreed with you, at first. That evening we’d been delayed driving back home. Snow, the roads were hard going. Northumbrian weather can be dangerous. When we found out, an image kept playing out in my mind, over and over. I saw her pacing forward and back, forward and back in a windowless room, searching for a way out. The longer she’s missing, the less likely we are to find her, Sergeant Smith said.

Was it my fault? I insisted we go to the cabin that weekend. There was no reason not to trust her on her own. She was angry, said we interfered with her studies. What do we do now? I asked Sergeant Smith. Wait when she could still be alive? Vera’s mum said Connie hadn’t been over that Saturday night. By then it was already night, Sunday night, and she’d been gone for 24 hours. Try not to worry, Sgt Smith said, It’s probably a boy, usually is. A boy – our Connie! Leave it to us, he said. But I had to do something, you know that, don’t you Margot. I tried to approach her disappearance the way I did everything: methodically. Each possibility isolated and tested until the cause was found and the solution reached. Telephoned Julia. It rang but no answer. Mother, Beatrice and Edith. School friends. Even her piano teacher. That Sunday night was the first time I saw you panic. A struggle taking place in your eyes, imperceptible to anyone else. Beautiful blue, you and Connie both, bluebell eyes. Even at Bletchley we were calm. Neither of us knew what the other did. We fell in love on superficial facts and jaunts into the countryside. Tall poppy grass, paste sandwiches and flasks of tea. Chemistry too. I couldn’t have guessed you were from the North East, not with your BBC accent. You said, When this is over, I want to make head teacher by the time I’m forty. Career came first, you made that clear enough. Too late to be rational, I was already in love. Still am, Margot. I tell you that. I’ll tell you that again. A girl matching your Connie’s description bought a ticket for London at approximately seven-thirty Saturday night. We believe she boarded the twenty-thirteen overnight train to London, said Sergeant Smith. She wasn’t dead; we could live again. I followed her to London the next day, first train. Pale complexion and strawberry blonde, your icy demeanour and symmetrical face made it impossible to think you could laugh. Yet you laugh at anything, instant guffaws and grins. Connie’s the same. Bonnie Connie, I called her. You didn’t like that and you’d say, Her name is Constance. Slowly. Emphasising each syllable. You did the same when I wanted you to be my Margie – My name is Margot. I understand, you want to keep your identity. In the same way, one child was enough for you. I wanted to thrive amongst a brood, living in a house brimming with children and a baby to dote on. But your happiness was more important. Do you have any idea where the lass was headed for? Sgt Smith asked.

I tried to write you a letter from the bedsit I rented, testing out the words, seeing how they sounded. Boom and whoosh, a hiss of gas under a single bulb and a lilac Candlewick counterpane. The words were all wrong on the page, wrong in my mind. So I sit here on the train, scared.

The UK is the third nuclear state – don’t you think that’s wrong, Dad? She didn’t want me to go with her, to the protest. Recoiled, actually recoiled, at us going together. I wouldn’t let her go alone. She never understood I agreed with her. CND posters on every wall – not so long ago it was She loves you, yeah, yeah, yeah. They look clean cut compared to how they look now. Long hair and judgment. The summer of love changed everything. After the protest I thought she might come back; just a weekend away. Have you seen this girl? A hundred faces, blank. No word. Until now. Pressure, Margot, did we put too much pressure on her to achieve? Qualifications, university applications, future prospects. We couldn’t tell her what we did in the war. Official Secrets Act. Best work of our lives. We met the challenge. CND is her fight. Nothing to do with us, nor our generation, she believed. You can act when you’re finished at university – a good engineering brain shouldn’t go to waste. You take after me, I said. Rolled her eyes at our similarity. Alan Turing invited us to join his team. Shortened the war by six months. Ten machines, all decrypting messages for D-Day. I can’t tell you that, Margot, and I can’t tell Connie. I want her to understand. We were the first, Alan and the team, to use valves, revolutionised electronics. We did amazing things. Maybe if I could have told her how innovative our work was, how crucial, she’d understand and listen to what I was trying to tell her. She might have stayed. The misunderstanding between us was too great. Did we push her too hard? Remember the theatre group, she couldn’t stop talking about it. Raising money for CND, bringing the message of peace, love and mutually assured destruction. Enthralled, I’d say she was. I didn’t take it seriously – didn’t hear her need. We were fighting for something important, maybe that’s what she wants to do, in her own way, in her own time. Communism, Korea and Vietnam. Drugs, sexual revolution and the rat race. It’s all changed. Tradition doesn’t work for the young generation. She thinks the establishment preserves its own and sends the poor to their deaths. But she doesn’t understand, our war was for everyone. We had free love: it was called the fear of death and no tomorrow. How does she see us, Margot? Boring and safe, happily so. It’s not how I see us. I struggled hard to get my degree, evening classes weren’t easy, and I was the first in my family to go to university. Does my Connie understand that? We’ve given her everything she needs and she’s gone beyond us. A different species.

I can’t make this right, Margot. I could show you and then you’d believe. Bluebell eyes. That’s how I knew. They thought she’d gone back home. It was a shame, he said, she was a talented performer. Worked hard too, believed in the cause and sharing the message of peace. An asset to the theatre group. I should have known. The church had mostly been destroyed. Only two walls partially standing. Windows shattered. Any congregation long gone. One hundred and twenty-three churches were bombed during the war. That’s why they use the church hall to rehearse – free. He seemed sorry, the young man, sorry she’d gone.

Don’t look at me, don’t see me. Too late. A business trip. Yes, it went well, thank you for asking. No, no news. None that I can tell you, anyway. They mean well, the neighbours, but the pity in their eyes, I can’t stand it. And his kids are safe at home. For Christ’s sake, I hope I don’t see anyone else I know. You wanted to go home, to the place you grew up, Margot. It made sense. Newcastle, a new university in a burgeoning city where I could work too. Goodbye to London and my development work at the telephone exchange. Paying for this bunk was a waste, I can never sleep. My mind’s travelling ahead of the train.

What to tell you?

The rain has stopped now, the window clear of condensation and I can see the moon, a delicate silver slither. Beautiful. She’s staring at me, Phoebe. Phoebe – the eye of night, my grandfather used to call her. It was meant as a comfort. But what she has revealed is devastating. I think she commands these creatures. I think it’s her world. We waited for Connie, a late child. You wanted to be established, so you could return to work. And you did it, a mother returning to work. It was unheard of, but not for you. Brave and bold with bluebell eyes. Just like Connie. She was never afraid to perform. Do you remember, Margot? From a toddler she would sing and dance when I played the piano. Connie loved the moon. She said its beams were magical. There’s no pity in Phoebe tonight – she is brazen, shining her light. The night I found her, I saw a silhouette against the moon, a full moon large and low. A perfect silhouette, Margot, of a fox, slender and sleek, sitting in the window frame of the bombed-out church. It jumped down. I stopped and stared. Human in its enquiry of me, it sat and gazed into my eyes. Blue eyes, it had bluebell eyes. A blue shadow, a moonlight shadow, stretched in front of the creature. I saw it. I saw it was the shadow of a girl, our girl.

Are all urban creatures captives of the moon? Lost children, did they somehow transgress or fail to keep a bargain? Is that why Phoebe took her? Their cries are terrifying. Lonely, they sound lonely. Is that possible, or just my human fear? Dawn soon, Phoebe’s secrets kept for another night. What can I tell you, Margot? Can the lost return to us in the morning light? Do they even want to? I can’t make this right, fix it and bring her back. I fix things, Margot, I work problems till I find a solution. I build machines, machines to make the world right. Is there a machine that can bring her back?

She’s lost, Margot, lost to us. That’s what I’ll tell you, and it’s not a lie. Sometimes no matter what we do, we’re fighting alone; we become lost to one another. I will tell you she has disappeared, but I will pray to the moon to relinquish her and bring her back into the light of day.