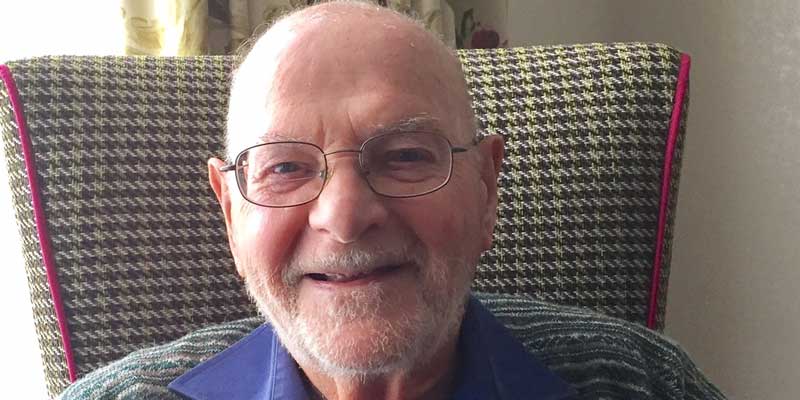 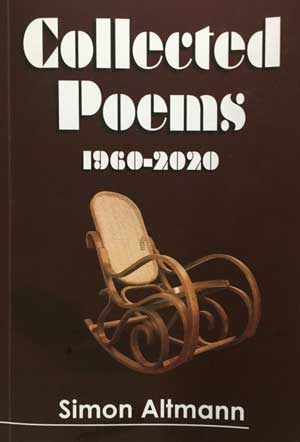 I have been a teacher all my life but never have I given lessons to anybody, not even my children, and as for wisdom I claim none.

As you can see, gentle reader, the title is very enticing but entails a contradiction in terms: if I were prepared to give life lessons and pretend to spread wisdom around I would not be worthwhile listening to. Sorry if I disappoint you, but I can claim as much credit for my life as a lottery winner can for having money. I have just been extremely lucky: I have never been depressed for more than a few hours, even when faced with serious problems. I just tossed around in bed and next morning I was ready to solve my problems rather than moaning about them. And I never ever took a sleeping pill or a tranquilizer. All this is not wisdom, it is simply that life forced me to learn how to survive. And survive I had to, as you will see.

In 1929 in Buenos Aires, where I was born, I was 5 and saw my father die, aged 39. Mother was 37 and was left with very little money and four children. She was a puritan and money or no money we had to go to University in due course. So, we all worked desperately hard to get a bit of money for the family and to have good enough marks to be exempted of fees. I was the youngest and at 15 taught mathematics to children of 12, to get a bit of pocket money and help mother (who worked full-time as a secretary) to pay the rent. It was all work and no play, except that I was lucky enough to have a very rich distant relative who had a ranch, where I was taken during the summer vacation to relieve my mother from one more mouth to feed. So, I learned to ride horses although I was not a strong lad: I could never run 200 yards, although I could play tennis for hours on end. (My heart that has served me well these last 94 years is not all that perfect.)

Now University time came and therefore decision time. My favourite subjects at school had been philosophy and mathematics. Physics I wanted to understand because I wanted to understand the world. All this a pipe dream, no way a boy with no money could survive in Buenos Aires in those professions. So, I had to opt for chemistry: my mother and my elder brothers would not accept anything else. I did not complain, it was not worth the effort. But it meant that I had to go to all courses in mathematics and physics unofficially and graduate in chemistry with top marks, so that I could get a scholarship to England to learn what I could not in Argentina. And so I did. I was very lucky, I had learnt German so that I could read the most important book on the new mathematics and although I came to London in fear and trembling I struck gold in my first week as graduate student. And then another crossroads: after three months my marvellous supervisor gave me a problem that I knew from the beginning could not be done, because on using the crude mechanical calculators available at the time it was impossible to achieve sufficient accuracy to compute what was sure to be a minute magnitude. Again, it was not worth complaining: I did the work, but in my own time I did my own work and published three or four papers and got my Ph D.

So back to the University of Buenos Aires, in 1951 in the hands of Perón’s stooges who demanded of me to join the Peronista party. I refused, and instead of promotion from my old job as demonstrator got the sack. Do not think I refused because of some high principle, I have never been very political, like many of my friends that were communists (but nevertheless signed). I do not mind being humiliated, but being humiliated by the powerful is a different thing: they have you in their hands.

I had a wife and child to support and no job. I survived a few months teaching anything I could, applied for an American Fellowship, and wrote to my wonderful thesis supervisor to give me a reference. He wrote back: “Why do you want to go to the States, Simon? I have been given a Chair of Mathematics in Oxford, come with me”. And here I am, 64 years later; have I not been lucky?

You may have noticed that I am a timid man: I do not fight against adversity, I try to go round it, and it has not been a bad strategy. Many years later when I was young, still in my seventies, and cross-country skiing in Austria and, being clumsy, experiencing many falls, I soon learned that my old strategy worked: if you are falling the worst thing you can do is to fight against the fall: if you accept it and, even better, if you even enjoy it a little, you’ll come to no harm.

If you take this as a parable of how to adapt to the inevitable, you’ll soon realize that it is an essential strategy in order to age reasonably happily. Of course, however lucky you are in aging things slowly deteriorate. The worst thing you can do is to feel miserable and despondent. On the contrary, you must accept the unavoidable change and take it as another step in the march of life. Instead of being irritated because you cannot button your shirt, accept this as a given, be patient and content, and you will soon realize that your new constraints are perfectly tolerable. And remember: never complain.

But enough about my life, you may want an explanation for my longevity. I imagine that, despite my queer heart, I just was lucky with my genes. And it may be that my heart taught me a lesson, to be considerate to my body. I did a lot of walking, to and from my College every day for 40 years. I always kept a careful posture: “look after your skeleton and your skeleton will look after your internal organs” was my view. And was never silly enough to insult my body: never smoked, never got drunk, always drunk in moderation. Also, I eat a lot of vegetables, a lot of fish, and very little meat. But you do not have to be very clever to know that if you drive a Ford T you must not run it like an Aston Martin.

Many of you might like to know about my retirement, which is getting to be a major part of people’s lives: 26 years already in my case. Again, I have been extraordinarily lucky. For forty years in work I had taught and researched mathematical subjects. When I retired I took one year to finish a book in mathematics but then I decided to do the things that I would have liked to do as a young man but I could not. I took ten years writing a book on the philosophy of nature, and if the book did not make many people wiser it did that to me. My first love in philosophy, when I was 15, was of course Plato. Such writing, such beauty. But when I became older I felt that Plato, marvellous as he was, had done untold harm to humanity by impelling people to regard this world in which we live as a mere passageway to “the real thing”: the body is the tomb of the soul, he wrote! And this negative thought had an enormous influence on Christianity. I do not know much about the soul but I am rather keen on my body as the vessel for my life and my thoughts. So, my book was an exploration about how far one could exorcise Platonism from all forms of thought.

While I wrote that book I decided to do a bit of serious work on an activity that I had engaged in since I was at school: poetry, which I cultivated constantly all my life. Now I had a bit more time and participated in many courses and workshops to sharpen up my skills. Wonderful thing poetry, it allows me to indulge in my passion to build bridges between things that appear to be totally disconnected. (One of my poems is called “Theology and the electron”.) And it can say unforgettable things in a few words: “I have in my inn, by the road side/ for the thirsty water, for the drunkard wine”. This is not me, I am not that good, it is my translation of the great Spanish poet Antonio Machado: I learned those lines at school and have never forgotten them for almost 80 years, and what is more, they have taught me how to live, better than many long books.

So, I had philosophy and I had poetry in my retirement, but I needed something more and found it in art, again a lifetime passion. A friend of mine asked me to write a chapter for a book on art and science and I started to think about pictures with mirrors (as a mathematician I had done a lot of work on symmetry, and mirror symmetry is the most important one). Velazquez’s Las Meninas and its mirror had always fascinated me and I was lucky enough to be able to do some work on it, and then I tackled the problem of right and left in the Annunciation (why is the Virgin mostly on the right?) and after studying almost 1200 of these pictures the answer came loud and clear. To be able to work on pictures I love is one of the joys of my life.

You have to realize that all this has an important dividend for me: I have lost my wife and most of my old friends; poetry and art has brought me new ones, some still young, and I love lecturing to young people. Also, it is very nice to be still creative in new fields: not only does it keep me active but I am sure it keeps the old brain in some form of health.

Talking of which I forgot to say that for the last 20 years or so I have been going to the gym three times a week. But nothing works alone: it is the whole pattern of life that counts.

I should perhaps finish with a few words about my belief. It would be simplistic just to say that it does not exist, which is only one side of the picture. Truly, I am a total agnostic, but I regard religion as an important part of life. I see the universe as an amazing totally probabilistic system. It seems organized in the same way that, if you throw away 10 coins for a whole day you will once find ten heads. It is time, endless time, billions of years, that allows extraordinary structures to appear, entirely at random. But that this is so it does not make Shakespeare’s brain, or Einstein’s, less magnificent.

My world is material, guided by evolution and the huge expanses of time. But our brains, that are product and part of this process, still need images and metaphors to express feelings and emotions that crude words do not reach. And the most important thing in human life, LOVE, cannot be measured and dissected like you can do with the wing of a butterfly. And I mean love in its widest possible sense, in the acceptance of people with totally different ideas and beliefs from your own. And I am fully aware that, just as nothing in life can be wholly perfect, one can aim at this but not always succeed. (Much as I could try, do not ask me to love paedophiles!) But then, I have never tried the profession of sainthood. 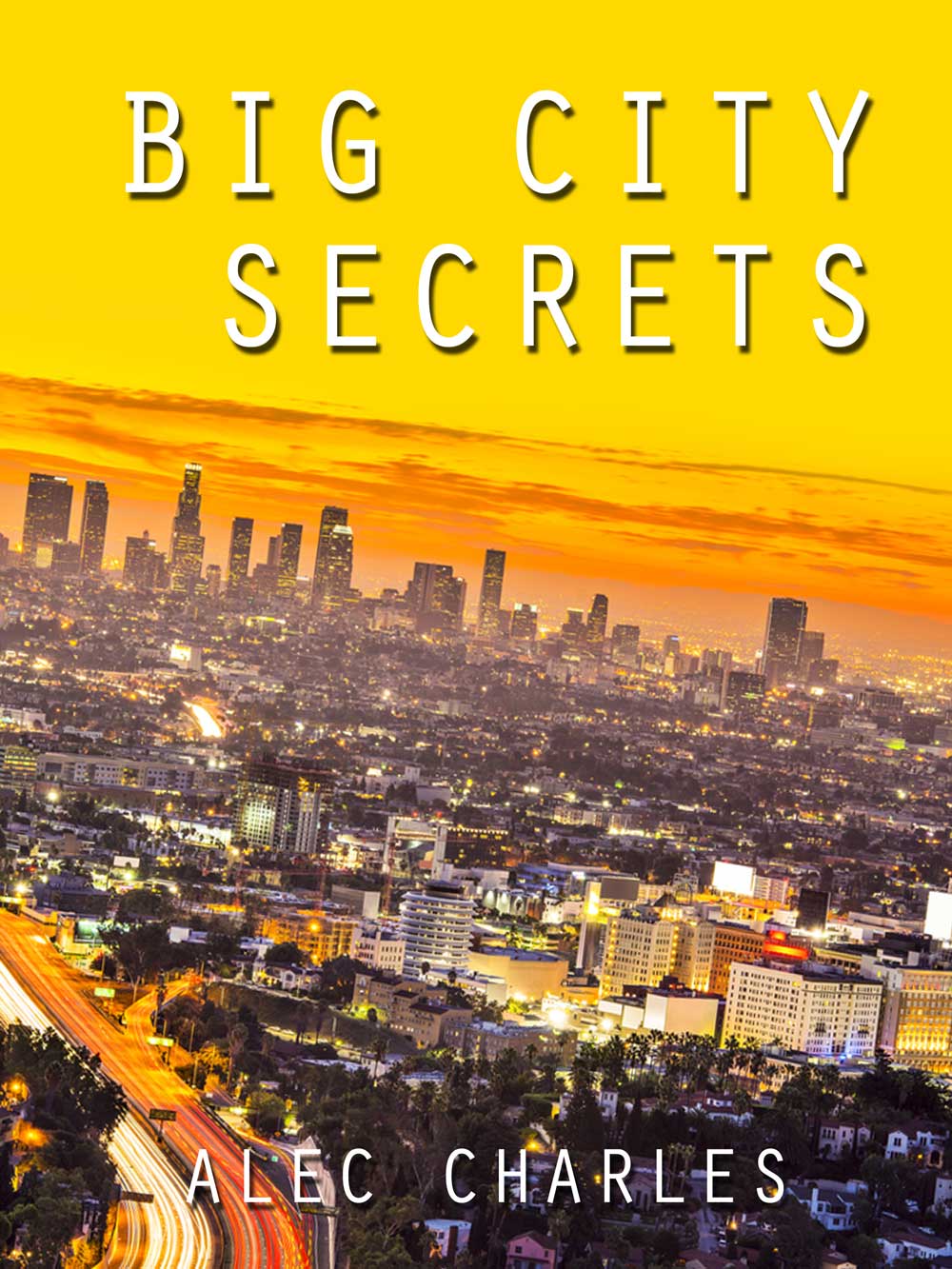