Beijing Spring and Brushstrokes in Time 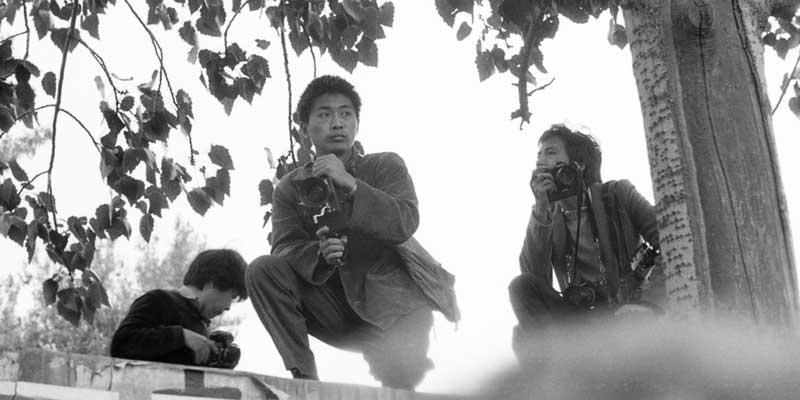 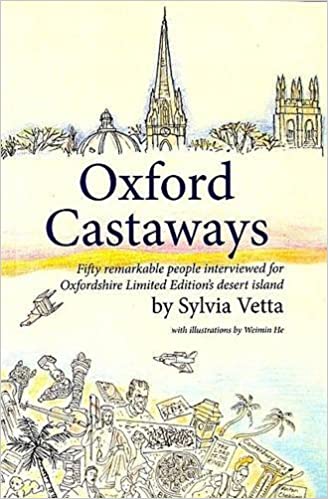 Meeting the Manchurian born artist Qu Leilei, when I reviewed Everyone’s Life is an Epic, his exhibition in the Ashmolean, inspired me to write my novel, Brushstrokes in Time which is based on real events. When I castaway Qu Leilei on my mythical island of Oxtopia, it felt as if he had led nine lives.

Qu Leilei was one of the founding members of the Stars Art Movement, a group of frustrated artists who wanted to be free to express themselves. They marched under a banner to Tiananmen Square. It said, ‘In politics we want democracy and in art freedom.’

Hearing about the Stars unofficial exhibition and their march to Tiananmen Square, I wondered why so few people in the West had heard of them. It made me determined to tell their story. I asked the sculptor Wang Keping what he thought that morning before they marched. He said ‘I burned all my diaries, all my letters, anything with a name on because I didn’t think I’d be coming back.’ 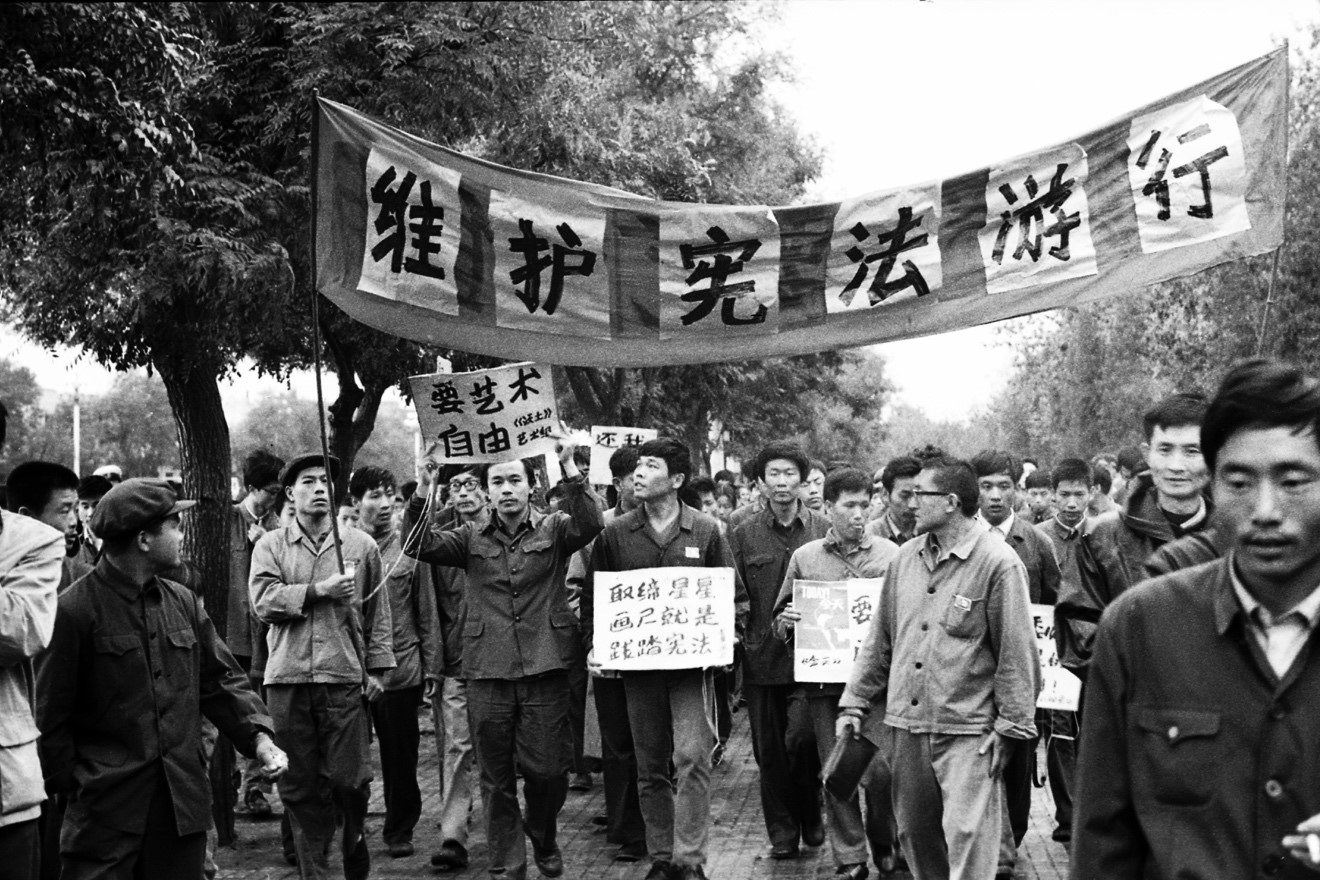 Leilei described to me how he secretly recorded the trial of democracy leader Wei Jingsheng (1979) and how that act catapulted his life into nightmare.  I thought I was well informed about China. How come I had never heard of these courageous artists?

Qu Leilei left China for the UK in 1985. He had to start all over again. He earned his living as a pavement artist in Piccadilly Circus, washing dishes in Chinese restaurants, cleaning houses and typing translations in Mandarin. Quite a journey to becoming an internationally acknowledged master! The late Michael Sullivan (1916-2013), who founded the gallery on the ground floor of the Ashmolean where Everyone’s Life is an Epic took place, said of Qu Leilei:

“What sets Leilei apart is the strength and depth of his feelings for people, his warm heart, his generosity that sees the essential nobility of us all.”

We need more of that spirit.

The good news is that the film director Andy Cohen has found it.  He said,

‘A courageous filmmaker, Chi Xiaoning, stood atop Democracy Wall, camera in hand, recording it all in plain sight of the police. They eventually surrounded Chi and demanded he expose the film. Chi pulled out the unused portions of film, tricking the police into believing he exposed all the negatives. Fearing for the safety of his friends, Chi hid the 47 minutes of salvaged footage in a confidante’s home, swearing him to secrecy.’

After Chi’s untimely death, no one knew the whereabouts of the footage as it had been kept underground, passed from friend to friend as time passed. After years of searching, Andy Cohen, was able to track down Chi’s film, now shown for the first time ever in the film Beijing Spring.  It is moving and inspirational.

Through this never-before-seen footage which had been hidden from the authorities for thirty-five years, Beijing Spring chronicles China’s first democracy movement and  the forgotten struggle for freedom of expression by the brave Stars Artists and Democracy Wall activists. Andy Cohen has achieved what I wanted to do when I wrote Brushstrokes in Time, tell the world about these talented and courageous young men and women. I asked Andy how he felt the first time he saw that presumed lost or destroyed footage from 1979. He said,

“Firstly, I was transfixed in awe by the display of courage shown by the Stars and democracy leader Xu Wenli, and of course the filmmaker Chi Xiaoning. They risked their freedom and lives to show their art and express their individual emotions and ideas—rights we take for granted in the West. I felt an enourmos responsibility to history, to the protagonists and Chi to bring this story to life and get it distributed for the world to see.”

I asked Andy when and where we can get to see the whole film.

“The film will be coming to Oxford soon, at the Ashmolean thanks to the efforts of Sylvia Vetta.  It will also be playing in UK festivals this fall, and hopefully on TV the beginning of the year.”

You will notice that Ai Weiwei appears in the trailer. You can see some of his work at Little Milton Sculpture Trail –a free exhibition.

There is a trailer from the film here.

The photo below is of Qu Leilei and Shao Fei at the unofficial Stars show on the railings beside Beijing National Gallery. The others are of the Stars marching to Tiananmen Square and Chi Xiaoning filming. 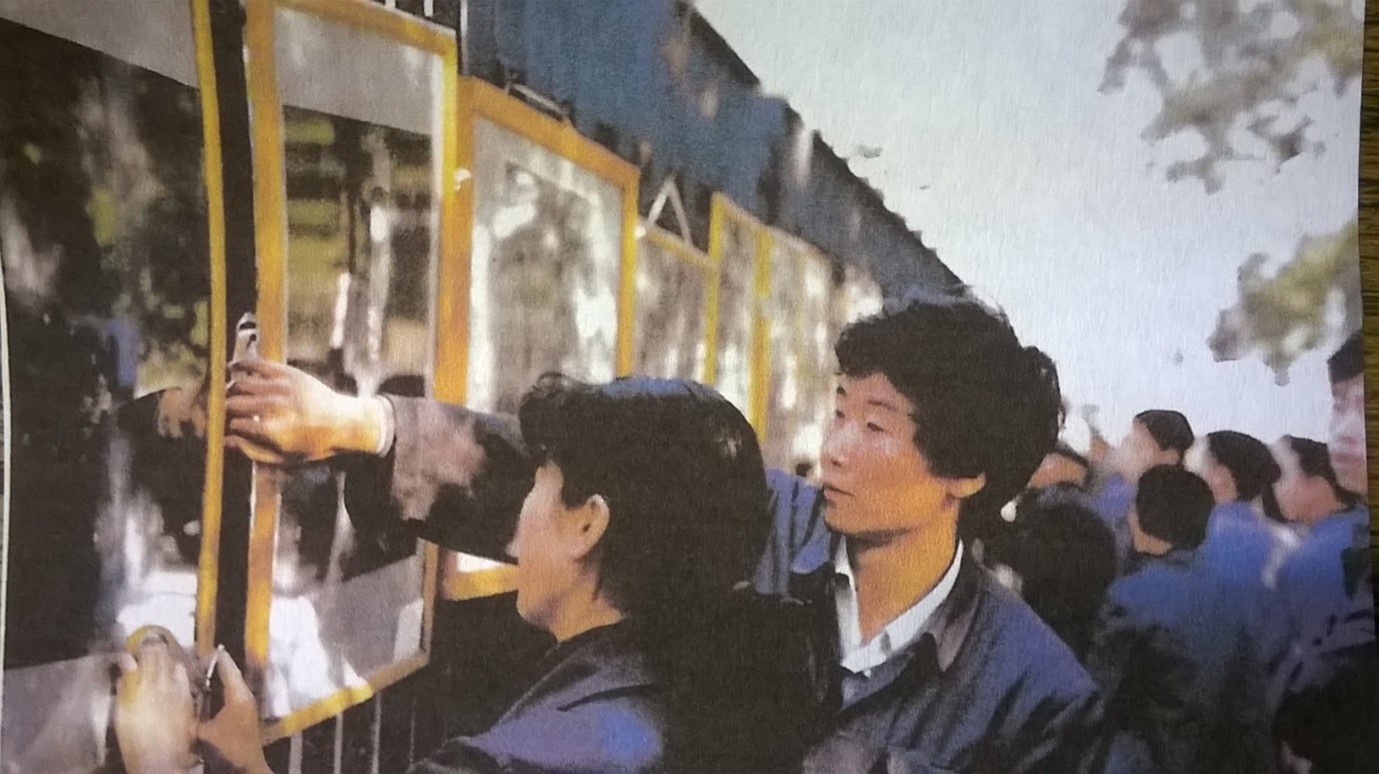 Sylvia is best known in Oxfordshire for her 18 years writing for The Oxford Times particularly for the ten year Oxford Castaway series. As a novelist she writes for the global reader. You will understand why if you look at these links.

http://bit.ly/ccv-oxfordstories as interviewed by Yang May Ooi. 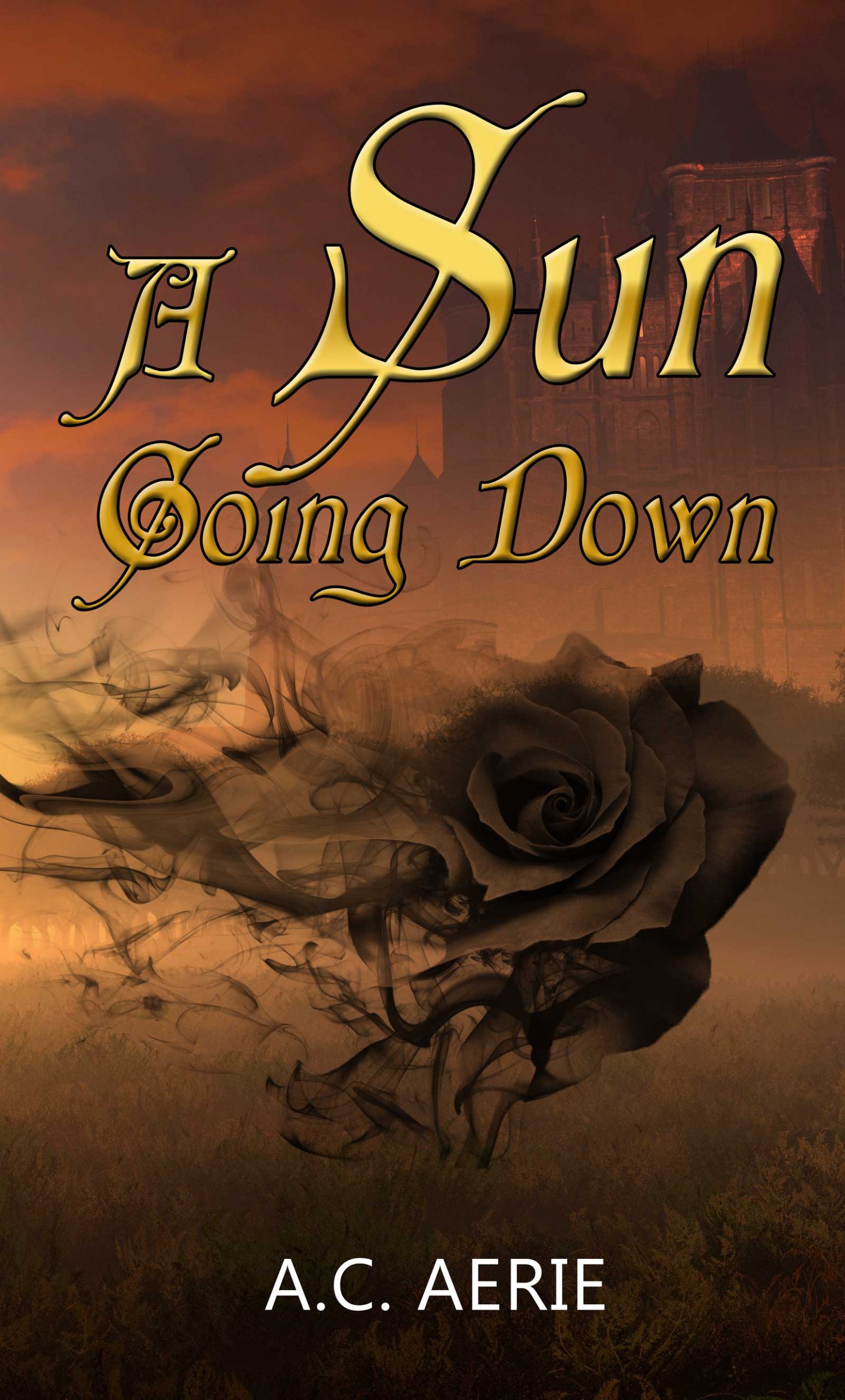